Details of the plans for refurbishing some of the early buildings 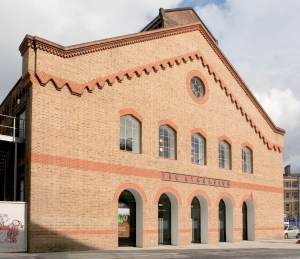 At the meeting on 12 February the Forum heard from architects in the Allies and Morrison and David Morley Architects practices about the plans for the German Gymnasium and the Fish and Coal Buildings. It also had an update from Alex Woolmore of Argent on the implementation of the Section 106 Agreement. In its own business it approved the draft revised terms of reference of the Forum, with small amendments.

The plans are outlined in the minutes of the meeting, along with the discussions on the Section 106 Agreement and the terms of reference. The planning application (2014/1455/P) for the German Gymnasium was submitted two weeks after the meeting was held; the Forum provided a response.

There will be a further meeting, on Wednesday 16 April, to look at other expected planning applications.

Say what you think Cancel reply